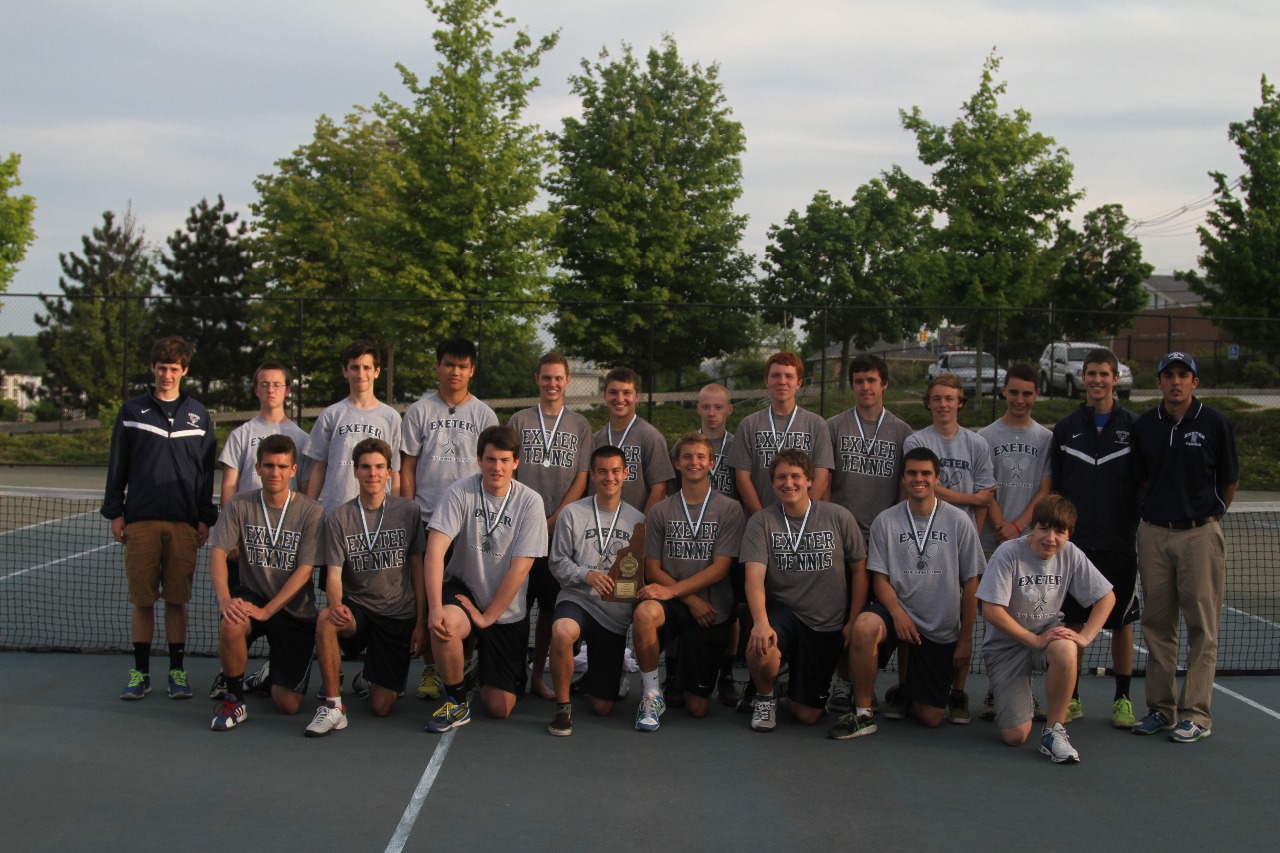 Exeter boys tennis was able to make its fifth straight Division I finals appearance going 14-3.  The Blue Hawks loss 6-3 to undefeated Bedford in the final.  However, the season was filled with great moments.  Exeter was able to defeat Londonderry for the first time since 2009.  After losing to Concord in the regular season, Exeter was forced to play their first road playoff match since 2008 traveling to Concord in the semifinals.  Exeter dominated the match, finishing the match in singles.  Exeter won at #2,3,4,5, and 6 singles.

Best Fight of the Year: Ryan Posternak vs. Bedford